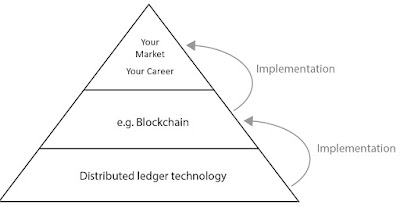 It's NOT about the cryptocurrency rollercoaster over the last few years, Enterprise Blockchain is used as the ideal foundation to re-build the awesome digital mess we have created.
Yes, we should have built the Internet with distributed ledger technology (DLT) transparency and security... but it is here now and being applied by those that understand that "Digital Transformation" is NOT just a buzzword when blockchain is used properly.

DLT is most relevant where velocity of trust is a valuable asset and market differentiator (hence, Financial and Insurance deployments).
Check out the Truth Refinery to consider how to Align and Combine for Velocity of Trust ... and how to apply this to your business.

NuArca is a re-builder. Their studio of system architectects deploy on a platform that is only 20% blockchain ... that's the point. The rest is good old fashioned software development that can now enable exponential flexibility and efficiency - such as lowering the cost of fulfillment for one of their clients by 60%, saving millions of dollars.

The Big Blockchain Picture
CBInsights has a paragraph overview of 55 industries that are transforming by re-building with blockchain.
How is your market evolving? How is your career?
See their 47 page deep-dive report as well written as this general overview:
"What began as the basis of cryptocurrencies such as Bitcoin, blockchain technology — essentially a virtual ledger capable of recording and verifying a high volume of digital transactions — is now spreading across a wave of industries.
Blockchain tech has gone far beyond its beginnings in banking and cryptocurrency: In 2019, businesses are expected to spend $2.9B on the technology, up almost 90% from 2018, according to IDC. Industries from insurance to gaming to cannabis are starting to see blockchain applications.
Bitcoin’s popularity helped demonstrate blockchain’s application in finance, but entrepreneurs have come to believe blockchain could transform many more industries. Ultimately, the use cases for a transparent, verifiable register of transaction data are practically endless — especially since blockchain operates through a decentralized platform requiring no central supervision, making it resistant to fraud."

Oh yeah, The Chain has been around since 2008, long enough to prove it's value ... Here is an overview, and a nifty graphic, from Economist in 2015: 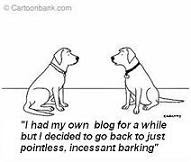 See My Home Page at: www.DavidCutler.Net

Fill out this form

Most Viewed Posts on EatMedia 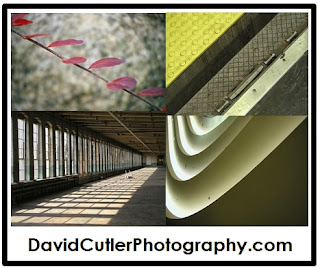 Here are a Few Digital Tips

Scan for EatMedia on your Mobile

Get a free QR Reader and your own Codes at Kayawa